Hi friends  – hope you all happy and healthy.  Please don’t forget to visit the music section where you will find some of my albums along with great music from all over the “Wir” & you can have a listen before you buy or even instead of… But please if you can help then do throw us a bone as we are embarking on moving pictures and need some assistance.

The idea is to create video content  and for this it would be great to acquire support.   Any keen video makers out there happy to work with us;   please call me asap 02102592919

There is a need for an editor and for basic podcasting equipment like mics,   go pro mixer & so on.   There is so much we can do, songs to play and people (to) rap with including you if you want to contribute.

The best news right now is an invite from a record label to play in Carolina and a possible follow up gig in Denmark.

But in the meantime there’s another visit South.   The last Tiki Tour was fun so how about letting us know some good places to play when next they let me loose on K1w1LAND

What i try to do Ladies and Gentlemen is speak the truth about human nature and my career reflects the result.   It’s been impossible to profit financially but pure gold in terms of friends along the way-  thank you.

Now we see many sites being censored and on You Tube you don’t have to stray too far to be demonetised and even closed down. The internet has become tainted by what  we thought we had escaped and with that thought i close with a quote from a very fine writer 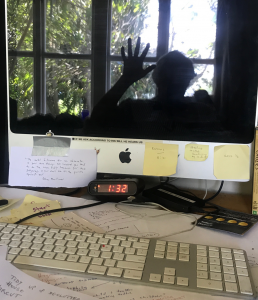 Ok so thanks for your support  donate if the spirit moves you or please think of things you would be keen to see in the video content .   I am excited at the possibilities and have already received some encouraging news regarding creation of video content.

Watch this space! email me any reflections you have   the old school email way  lukehurleymusic@gmail.com or in the comments section here

Bye for now and thanks for all your support
Luke

I’m playing at the Strawberry Tree in Kaikoura tonight. 7pm. 21 W End Kaikoura. No cover charge – come along and please tell your friends. It is an easy drive from Christchurch.

Hi everyone Hope you all happy and healthy The guy who wrote the mission impossible theme tune Lalo Schifrin ? he was told upon arrival in tinsel town that all he had to do was “Go where you’re invited” He claimed this was the best advise ever for getting established.

I figured to do the same in my own zone and cannot claim the same success as he achieved but can testify it opens some amazing doors of perception and brought me to the realisation that nothing is ever as you anticipate its gonna be and it’s probably best to say yes when you can- within reason of course.

In this instance I was invited to Kaikoura its a thriving town in paradise where even the seagulls seem to appreciate music and the locals are really friendly.

I have yet to see a UFO or meet an alien family but am told this is likely and am looking forward to an invitation.

The next big thing here after whale watch would have to be sky watch.  It’s a big sky so expect the unexpected. I saw something i could not explain and that’s just normal here if you come bring a telescope!

Be safe and God bless
Luke

This was my first song.  It started out as a campaign piece to support the opposition to the Aramoana Aluminum smelter can you imagine how mental that proposal was?

Building such a thing in close proximity to the only albatross colony that is close to a city it would have snapped the golden thread of Dunedins environmental appeal.  It would have been an environmental catastrophe; like the one in bluff that exudes lethal toxins over a massive area and kinda puts the kibosh on other potential industry and all for what?

We run at a loss to support the vandals – enough said.

Anyway, the song became more about comparisons between man & machine vs nature. We can fly high and fast but the envirocost is incalculable.The albatross is loyal and faithful and at one with nature and entwined with mystery.

We by contrast are living by logic and tempered by greed. It’s not logical to shit in our own nest but the ghastly fiction of LTD is our operating system and our psychopathic justifier.

It’s a good song, tho i say so myself and in fact probs my best song; I should have quit while i was ahead ha ha. Here is a live version from last year. Played on a baritone guitar (Tacoma Thunderhawk) rebuilt by Steve Barkman.

The line that i was proud to find was “every day is your judgement day”.  I feel that a good song is there to be found. It’s like it existed already. All i had to do was chip away the junk around it and reveal the message that was waiting to be found.

It’s like that playing live also the audience can draw new things out of the performer and link their search (with the song.)

Anyway the campaign to stop the madmen from building a smelter was a huge success and I wasn’t directly part of it.  The leader of it was some years later gunned down by David Gray.

I really want to know more about this Save Aramoana issue and write more about it.  Anyone out there remember anyone who was involved with the movement to stop the smelter? (Comment below please.)

The people involved deserve the equivalent of the Victoria cross for environmental heroism.  Dunedin owes them a huge debt of gratitude if only there were more people willing to front up and appose the Licence To Destroy (LTD) merchants.

Listen to another version of the song and buy if you like it ( below.)

Two gigs this weekend. First one is Thames on Saturday night. See

It would be cool if we could get the message out thanks.

The other one is Wharepuke Keri Keri Sunday 10am to 3pm

Free entry into the award winning garden (NZGT) and Sculpture Park (40+artist from NZ and International). The art gallery, nontoxic printmaking studio and cottages will be open to view and ask questions

Maha is offering complimentary Soda and Spoon to excite the tastebuds with their Japanese inspired food. Other beverages and some snacks available for purchase

Music legend Luke Hurley will be providing entertainment from 11am-3pm

Join us, the Booth family and Ming and Diane at:

Can we get the message out? Do you know people in Thames or Kerikeri – please let them know

You may have met Luke during his travels in Australia, UK, Ireland, Sweden, Denmark, Norway, Germany, France or any one of dozens of towns in New Zealand.

“If you have not yet caught this fabulous musician in concert – now is your your chance to catch his great songs and meet this lovely man.” says Penny.