Hello friends – how have you been and are you back to the so called ” new normal” we evidently have to face.

I prefer hypernormal and too busy and prioritisation challenged leaving a huge pile of washing to normalise into clean clothes later and a junk filled yard to tidy itself.

Do you like my Blog?  It’s probably a little dated as it’s more a push play world now but I know my friends are with me on this leap backward.  I still think and hope you still like plain old words coz you can’t beat a book and there’s nothing better that text now is there?

My album HAPPY ISLES came out just before the lockdown so it’s kind of still NEW as we haven’t had a chance to promote it much so let’s start …. you can hear it here. (Did you know that you may listen to the whole album for free 3 or 4 times.)

Graham Reid did a review.

Happy Isles is, I believe, Hurley’s first vinyl album since ’86s Police State (the title track also on that Best Of) and – aside from a more stately, poised and measured and revisit to Albatross as the more reflective and relevant Alba at the end of the first side – introduces all new material.

The title track manages to prod the complacency in these islands through a litany of “beautiful” nature and people. Hurley doesn’t club these cliches, just lay them bare for how shallow they are: “We are the least corrupt place in the world, because we say so, and we are honest . . . we’re so clean, we’re so green”.

Read the full review on Elsewhere over here. What do you think?

Jan Bille is preparing an ep at the moment it’s called JUNGLE. Jungle and Love Button is not on Happy Isles.

After that we release two live albums and start work on the next big thing!

All I need from you good people is that you share this with your internet friends just send this link if you have a moment. Use share buttons below.

Bandcamp says : To support musicians during Covid-19, we’re once again waiving our revenue share on all sales this Friday, July 3, from midnight to midnight Pacific Time (check isitbandcampfriday.com for time zone demystification).

Details are here, and please help us spread the word! In New Zealand this is Saturday and every little bit helps thanks. Buy a download and stream one or more albums.

It’s like in medieval times where the troubadour relied on his patrons.  I’m out and about and looking to play live for you if you have a gig or a house concert – please get in touch with me. 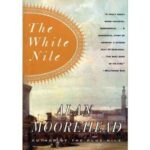 The White Nile by Alan Moorhead “Capturing in breathtaking prose the larger-than-life personalities of such notable figures as Stanley, Livingstone, Burton and many others, The White Nile remains a seminal work in tales of discovery and escapade, filled with incredible historical detail and compelling stories of heroism and drama.” 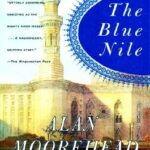 The Blue Nile by Alan Moorehead. “Alan Moorehead continues the classic, thrilling narration of adventure he began in The White Nile, depicting this exotic place through the lives of four explorers so daring they can be considered among the world’s original adventurers — each acting and reacting in separate expeditions against a bewildering background of slavery and massacre, political upheaval and all-out war.”

Africa gets in your blood especially if you lived there through nine impressionable years like i did.  Note from Ed: GUEST MUSICIAN LUKE HURLEY shares a portrait of the artist as a young itinerant Interview with Graham Reid on early life including Africa

These books speak most eloquently of the explorers who risked and often lost their lives trying to discover the mysteries of the wonderful continent what they went through is unfathomable.

Would they have closed down the world on account of an invisible new danger real or imagined ?

Be safe and sound ok?

Pls write to me with you suggestions and general thoughts we gonna make this site lively write to
Lukehurley@protonmail.com