Come alongs for new songs and friends – the remains of the day….Artists performing on Satirday August 6th include… 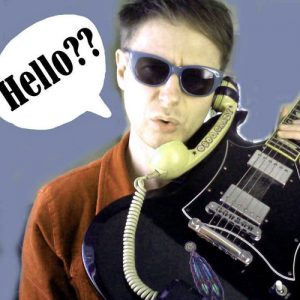 MW (Marcus) Sellwood is an Auckland blues artist. He’s played under many guises in cafes, clubs, pubs and widely on the street for the last 20 years. His exciting electric guitar grooves and wry vocal style combine for a fresh take on blues music in the new millennium!

Basant Madhur is a widely acknowledged tabla player and a much-respected artiste in the arena of Indian Classical Music. On account of his versatility and pleasing disposition, he is the most sought & creative artist in the realm of Indian classical music in New Zealand and Australasia as a whole.

Born into a family of musicians, he took early training from his elder brother Deepak Madhur and received expert guidance from Punjab Gharana tabla maestro, the late Pt. Pawan Kumar Verma. During his college period, he received numerous awards at state, zonal & national level youth festivals. At the same time, All India Radio & Television approved him as a performing artist at AIR & television in Shimla. Madhur moved to New 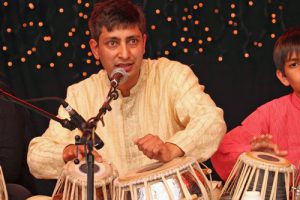 Zealand in 2002 and established the “Sargam School of Indian Music.” By 2006, he had trained more than 300 students- some of which at a very high level. In 2008 he received the Award of Appreciation for his contribution to the field of music by GOPIO (Global organization of People of Indian Origin New Zealand).

Basant has had the honor of accompanying some of the stalwarts of Indian Classical Music such as Grammy winner Pt. Vishwa Mohan Bhatt in New Zealand and USA, Pt. Ronu Majumdar in New Zealand & Australia, Pt. Rakesh Chaurasia, saxophone genius Dr. Kadri Gopalnath and mridangam player Patri Satish Kumar to name a few. He has also collaborated with several western musicians such as John Ellis, Luke Hurley, Murray McNabb, Frank Gibson Jr., Jon sanders and Prosad Freeman in fusion music. Other then being a regular feature in many music festivals in New Zealand, Basant is known to perform in India, Australia and USA on other occasions.

ALSO HAVE A LOOK AT: 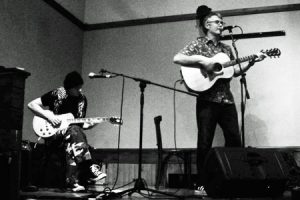 Duncan Gillies and Angel Gordon have been playing together for six years. Duncan is a songwriter of some considerable repute, writing and performing his own material who explores God, love, loss and everything inbetween, while Angel is master musician who adds depth and atmosphere to their songs. 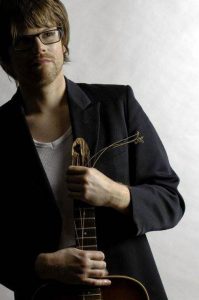 Lauded by the media as “One of the brightest new things on the New Zealand music scene” (New Zealand Herald) New Zealand singer songwriter Stevie Starr’s (now performing as Steven Hood) debut album “We Hope In All Things New” continues to received acclaim by critics and audiences alike. Press described the album as “Like Sigur Rós if they hung out with Radiohead in a Horowhenua forest.” (The Sunday Star Times) and Rip It Up noted Starr as an “Act to Look Out For”. Steven takes inspiration from his expeditions, hitch-hiking around NZ and Europe, playing gigs at the Starclub in Hamburg, meeting Maori tribal elders at Waitangi, dossing with crab farmers, and drinking with locals on the road, hoping one might offer him a refreshing beverage in exchange for a tale. Currently Steven has been working on his follow-up LP, due for release next year. “We Hope In All Things New” is distributed by Border Music and DRM.

Luke Hurley’s music has been described as a blend of finely honed edgy lyrics and minimal inimitable guitar. Luke sings about topics finely tuned to the times.
His music has influenced a generation with songs like “I’m in love with the Mona Lisa”, “First Civilian”, “Make Room” and “The Sound”. His music has featured in movies like “The Insatiable Moon” and “Broken Hallelujah” he has made albums like “Make Room” and “High Risk” that have influenced bands and numerous solo artists.
He tests everything he writes on the street and has hugely influenced the busking scene in Auckland. His material is fully realised before it makes it to the show.

To get tickets online go here or rock up with cash on the night. Thanks.

The show on Saturday includes not only me but also

I WANT TO WEAVE BETWEEN THE SLOTS AND THEN CONCLUDE THE EVENING ON MY LONESOME FROM 8:30 TO 10

ITS GOING TO BE CONVIVIAL AND LAIDBACK
BE THERE OR BE SQUARE
ANY QUESTIONS? CALL ME 02102592919