Before the war is a song I co wrote with Ardy who wrote the lyrics in response to his experience fighting in the Iran / Iraq war in which more than a million people died . As with most wars the given reasons for the conflict probably had nothing to do with the publicised reasons.

At a crossroads it was observed that military supplies for both sides were in a long line originating at the same source turning right or left at the the intersection according to which side was being weaponised. We wrote this song some time ago. 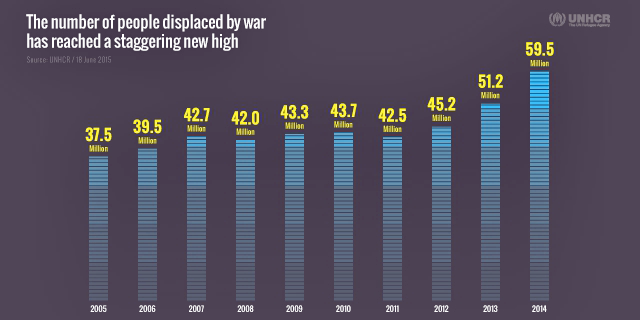 Since we wrote it more than 60million people have been rendered homeless due to wars around the world* …so it’s time to sing this song everywhere. Ask us to play the song to you call me 021 0259 2919 and i will even sing it to your phone and please come to the next concert. *Chart is from 2014 Latest numbers here

“Since early 2011, the main reason for the acceleration has been the war in Syria, now the world’s single-largest driver of displacement. Every day last year on average 42,500 people became refugees, asylum seekers, or internally displaced, a four-fold increase in just four years.”

$20 a ticket  P.S click on orange buttons below to buy shopping cart. You will be emailed directly by secure PayPal

Please use the buttons below for concert tickets

P.s if possible please book tickets now to ensure a smoother production. The last show was a cliffhanger and somewhat shambolic due to the last minuteness of it. The Aug 6 gig is gonna be smooth and enlightening. It’s not just entertainment It’s therapy but with a real edge that addresses things the lamestream won’t ever contemplate

Not that we object to mainstream its just that it’s so constrained to please everyone that it pleases no one and tends to mirror society in warped looking glass.

“Let the people have their peaceful lives
Health
Home
Family
Love
A feeling of belongingness
Just like you
Before the war”
Adry.

I will introduce you to Ardy and other friends during the show and an itinery will be posted so you know the lineup the ample running time will accomodate. 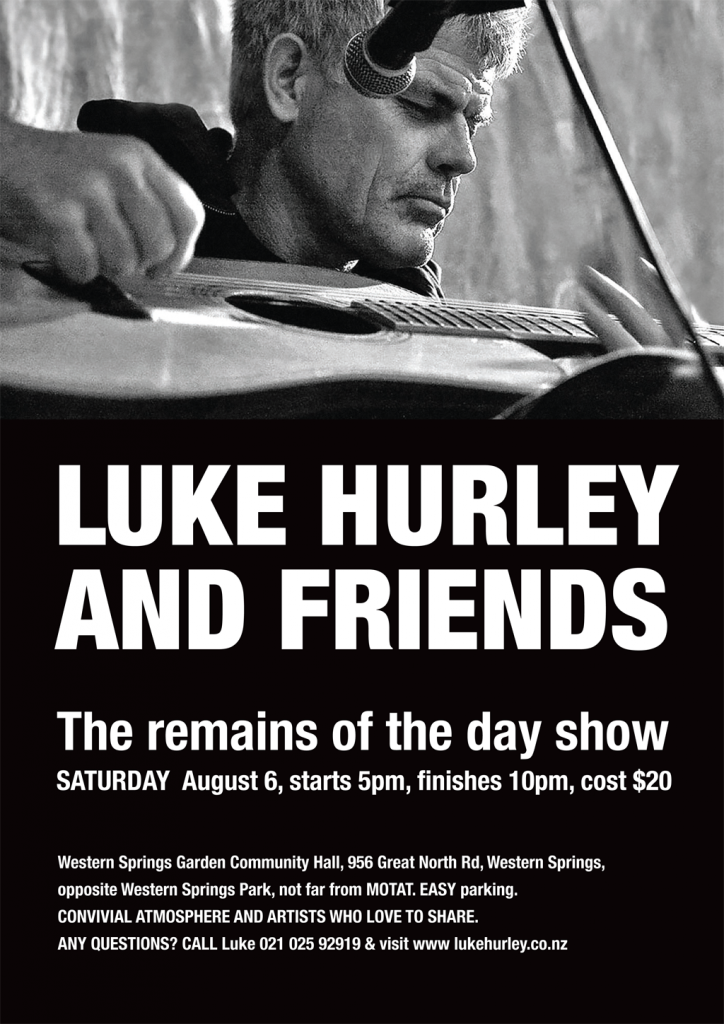 It’s going to be convivial. Feel free to enjoy the remains of the day with us.

Download the A3 version of the poster here. Luke A3 Poster August