Thanks to the huge generosity of supporters the SB 12 string has arrived. It was made by Steve Barkman to replace the one that was stolen and surpasses even my highest expectations. Once it became clear that there were the funds to support us we gave the thumbs up for the finishing touches. There was a shortfall which was covered by my brother Paul who visited Steve recently and made the way clear. To cut a long story short…Anthony Skegg…my bro Paul and a few very big hearted readers of this blog chipped in to make it possible to purchase this phenomenal guitar. 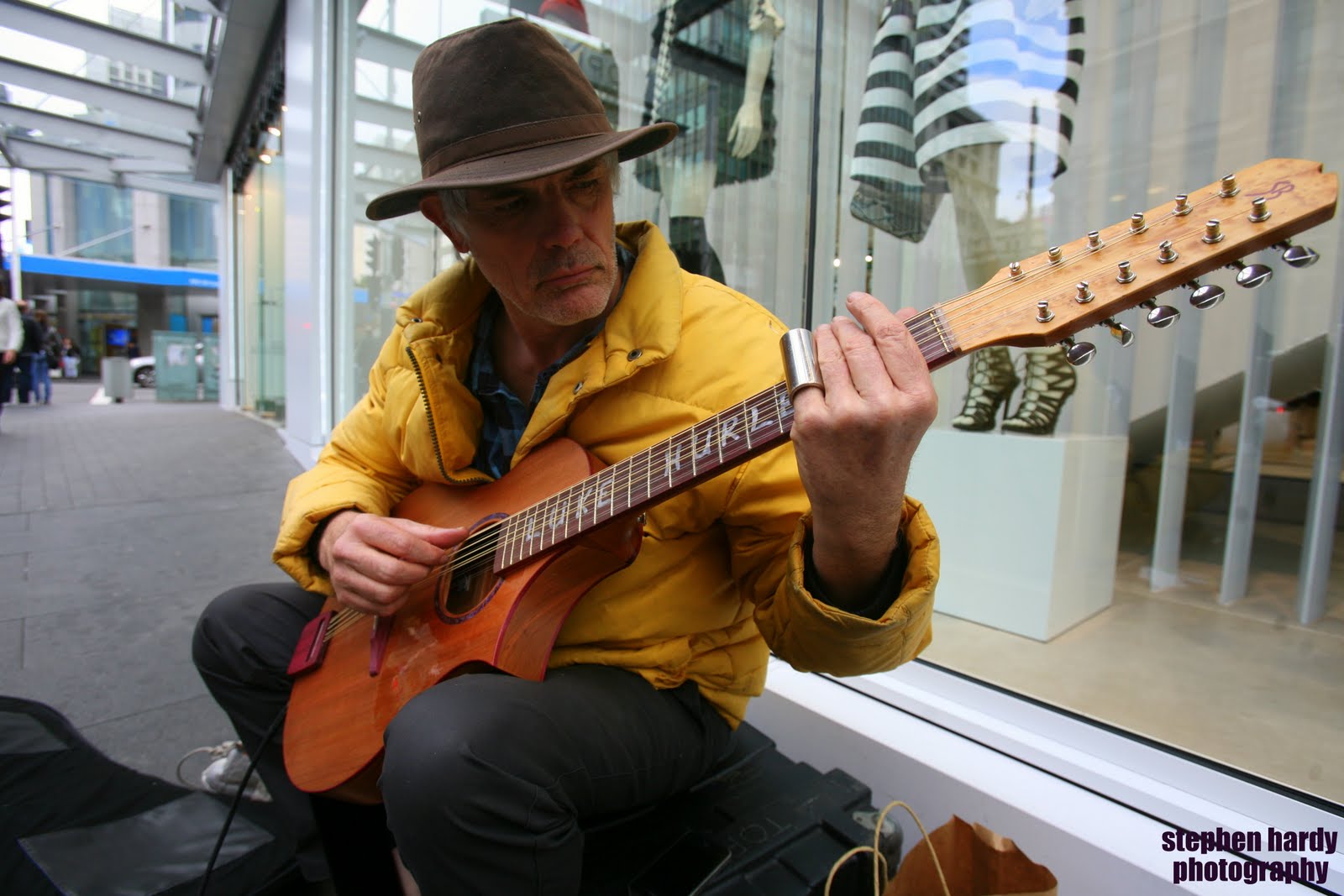 Without the great media skills of Jason (Dialogcrm.com) who both encouraged and facilitated this mini crowd funding activity and manages this site…without him this would never have happened.

We raised enough not only to get the SB12 but also to service the six string guitars. In the very last stage of this drive it would be good to have a budget to insure the gear also….so we will leave the donate button flashing for a few more days if that’s ok. Turns out insurance for work gear including guitars is expensive.

The feeling I have reminds me of something Douglas Adams wrote. Marvin the Paranoid Android was asked where he had been and his answer was something like

I “went into a bit of a decline”  too 18 months ago when the previous SB was stolen. and prior to that when ANOTHER SB was stolen along with the car from the 14th floor of a parking building. It wasn’t just the loss of the SBs. A whole pile of brown stuff hit the whirly thing and I kinda lost faith in human nature…or should we say    faith in human nurture.

Safe to say that all is well now and the conversation is a new one.

Question  “Did you find the stolen guitar”

Answer   “I gained a greater one…..as you can see and hear”

You have done great. Even if you only read this blog –   the good vibe of that support is helpful.

All I can do in return is play for my supper. SO !  If you would like to invite me to yours I would be happy to play some songs for you. House concerts are a specialty. A house concert is not only home entertainment …..its REAL home entertainment. Call me if you are keen 021 0259 2919

Home cooking and home live entertainment. Nothing beats that buddy!

I have been listening to a podcast called  HICKS FROM THE STICKS. You heard of the EVERSONS? These guys have such a great attitude. In their latest podcast they are addressing the issue of the big OE and living off music and the pros and cons of going pro. I felt a bit shamed tho.

They say that a musician should not expect any financial support from their “ardents” (to use a Dylan Thomas term. He called his supporters ardents) and that you need to support yourself by working a real job alongside the music until such time as you get a real record deal.  I kind of don’t agree. I believe that things need to go back to patronage and away from “business”. Going back centuries artists had patrons. More recently  Dylan Thomas had patrons. Hone Tuwhare also…and he was also very kind to me whenever I visited him> I know of many great artists who had patronage. No shame in it so long as they work on their art as a result

Anyway the sun is shining again – I got to go play.

Talk soon.  Thanks especially to:

Donation buttons below for insurance if that is OK. Thanks.